A new report has downgraded Snapchat's growth for 2019.

Snapchat's user base will fall 2.8% in 2019 to 77.5 million monthly US users, eMarketer said in bombshell report this week that pushed Snap's stock price down 5% during the day before later recovering.

This will mark the first year ever that Snapchat loses users.

It represents a singificant downgrade from eMarketer's previous report which set users for 2019 at 90.4 million.

The main culprit for the drop continues to be a disastrous redesign of the app in late 2017 that mixed stories and chats together and caused severe backlash which the company has yet to recover from.

eMarketer predicts that Snapchat growth will plateau in 2020 and the company will add a mere 600,000 users over the next four years.

"Increased competition from new and existing social platforms is partly to blame for Snapchat’s decline...but the product launches the company announced last week, including an in-app gaming platform, may improve user engagement and time spent, particularly among its core young user base. Gaming also provides a new revenue stream for Snapchat that could boost its ad business in the future," eMarketer writes.

Most of the users that are leaving Snapchat are heading toward Instagram, which is set to grow 6% in 2019 to 106.7 million users.

US social network users by platform in the United States look as follows: 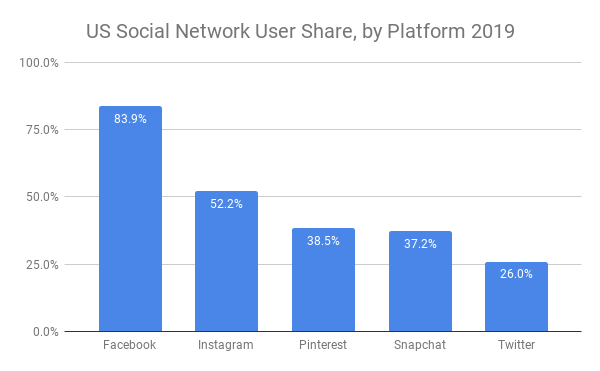 Despite the negative outlook by eMarketer, a separate survey conducted by Piper Jaffray found that Snapchat continues to be the favorite social media app among teens and Generation Z. 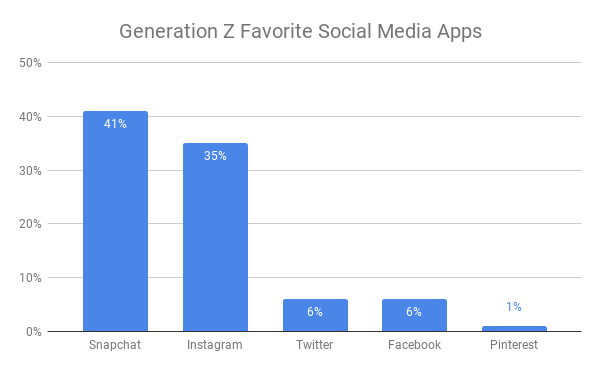 Although the survey showed that teens may use Instagram more, they prefer Snapchat. And this is where the company hopes to differentiate itself from its competitors.

Snapchat's parent company Snap held the Snap Partner Summit event last week where they announced a slew of new features aimed at revitalizing the app and bringing the users it lost back to the platform.

Some of the highlights included Snap Games, the integration of Stories in other apps and Bitmoji being expanded to more apps.

There were also plans to expand Snap's ad business with the launch of the Snap Audience Network, basically a copycat version of Facebook's Audience Network. We will break down the highlights here:

Snap Games: A new gaming platform called Snap Games which will allow users to open games from a chat window without ever leaving the platform.

Snapchat and Tinder join forces: For all you swipers out there, Stories will soon be integrated with Tinder, so that users will be able to watch people's stories while looking for their soul mate.

Snapchat's Ad Network: Known as the Snap Audience Network, the service will allow brands to target ads to Snapchat users externally from the app, basically the same version as Facebook's Audience Network. App developers will be able to integrate their ad inventory with video ads on Snapchat, with Snap keeping a portion of the ad revenue.

Snapchat originals: The company announced ten new original shows that will premier on the platform next month, with one show allowing people to watch the show from the points of view of different main characters, a new form of media the company is experimenting with.

Bitmoji expands: Snapchat's signature emoji stickers will be available on an increasingly diverse number of devices, including Venmo and Fitbits.

Crucially, the company also suggested it was willing to reverse some of the changes it made to the redesign of the app in 2017 in a bid to lure back those fans it lost. It may be too little too late, as Instagram shows no signs of slowing down.

It will be interesting to see whether these changes will be enough to salvage the company. The biggest advantage the company has is its young user base, which remains loyal to the app. How long they can keep a hold of them, and whether they can expand their reach into older audiences remains a question.

Wasting a bunch of time creating and managing PPC campaigns? Check out how our smart advertising solutions can help save you time.