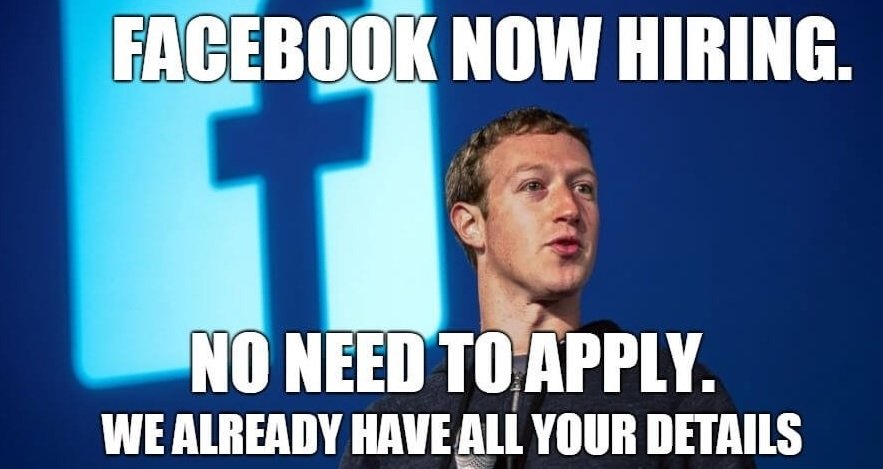 Not if you believe several analysts and recent behavioral trends.

Let’s take a look at just what problems the tech giant is facing.

Facebook’s problems began in March 2018 when an insider revealed Cambridge Analytica had gotten access to data from 87 million user profiles, forcing CEO Mark Zuckerburg to announce he was ‘fixing’ Facebook and cleaning up the company.

Only a few months later and Facebook had more negative press thrown at it. The social media giant was accused of literally being complicit in genocide in Myanmar when accounts linked to the Myanmar military were discovered to be spreading military propaganda to over one million people. Facebook deleted the accounts, but the negative sentiment remained.

This all took place against the backdrop of ongoing investigations by the U.S. Congress into Russian interference in U.S. elections in 2016.

Facebook spent much of the year removing accounts created by Russian trolls so it could not be accused of the same complacency in the 2018 midterm elections in November.

But again the negativity revolving Facebook has stuck around and eroded the trust the company once had with users.

Several leading executives left Facebook in 2018 as well, adding to the companies woes. These include Whatsapp co-founder Jan Koum and the company’s chief security officer Alex Stamos, among others.

Facebook also was attacked in an investigation by the New York Times of 50 employees. Speaking on the condition of anonymity, they revealed a workplace environment with low employee morale, with only 19% of Facebook workers believing the company was making the world a better place.

All this taken together naturally took a hit on the stock price, which fell 30% in 2018.

It’s safe to say that overall 2018 was a public relations disaster for the company.

But the outlook for 2019 is not much better. There are a few fundamental long-term problems Facebook is dealing with that risk creating a MySpace out of the company.

People are simply using the platform less. The days when users would upload their summer photos into albums and share with friends are long gone.

You’ve probably seen all those memory posts that pop up on your newsfeed. Maybe you’ve noticed how there aren’t many recent memories Facebook is asking you to share with your friends.

Well, it’s not just you getting older.

Facebook simply doesn’t have the same amount of material to draw on for memories, since you probably did little posting in 2015, 2016 and 2017 compared with your earlier years.

It turns out spending hours everyday scrolling through other people’s idealized, perfect versions of their lives on social media tends to make us feel worse about ourselves. People are beginning to get sick of this.

Indeed a #deletefacebook campaign gained steam in 2018. A study from the Pew Research Center in 2018 showed that 42% of respondents between the ages of 18 and 27 had taken a break from Facebook for several weeks or more, and 25% had deleted the app altogether from their phones.

The desire to post narcissistic selfies from vacations and the latest dish from that hip new brunch spot downtown still remain.

But Facebook is not where people are posting these pics.

These platforms are catching on because the content they provide is more focused and consistent. With Instagram you know you will always get a photo. With Twitter you know that there is a character limit that no user can exceed.

It’s unclear what kind of content you get with Facebook however. Scrolling through a newsfeed offers such a diverse range of posts it can be hard to make sense of what to focus on. At times its pure chaos. Political rants next to sponsored ads next to cat videos next to family photo albums.

By trying to do everything at once, Facebook has spread itself thin and ends up not doing any form of content well.

What’s the net effect of all this? User growth is declining.

Growth numbers for Facebook were stagnant in North America in 2018 and actually fell in Europe.

The move away from Facebook is also generational, as young people simply are not attracted to the platform anymore.

You could argue that a few thousand people deleting their Facebook profiles is something the company can handle, as long as they are adding users elsewhere.

A bigger threat to Facebook could come from governments intervening to regulate the company’s business activity.

Lawmakers in the United States are increasingly frustrated with Facebook for failing to take responsibility for the content that appeared on its platform during the country's election cycle and for how it handled the privacy of its users.

And across the pond in Europe Facebook is facing a huge threat from Germany’s antitrust watchdog which plans to order the company to stop gathering third-party user data. The agency claims users were unaware they would be tracked on sites other than Facebook when they created their accounts on the platform.

Germany’s ruling on the matter could set a precedent for the EU as a whole, Facebook’s second most important market after North America.

Advertisers and businesses aren’t happy either

Less and less people are posting on Facebook. But people still log into it on a daily basis, which creates opportunities for targeted ads.

The problem is Facebook's constant algorithm changes have also left a lot of advertisers and businesses frustrated .

For a time video was all the rage. Facebook’s algorithm specifically favored video and visual content. Remember all of Buzzfeed's Tasty videos showing you how to make your favorite dessert?

I don't see them anymore.

And that's because in 2018 Facebook changed its algorithm to disfavor posts from business pages.

A few years earlier marketers were told they needed to give up everything and study video marketing if they wanted to have any success on Facebook.

Then one day in 2018 Facebook changed its mind. Forget about video, the company would go back to emphasizing what made Facebook great in the first place:

Genuine posts and pictures from friends and family. Yawn.

To some extent they were right to do this.

For several years Facebook users were bombarded with sponsored ads from irrelevant business pages drowning out all other content on their newsfeeds.

Posts from high school friends, college buddies, old coworkers magically disappeared in favor of whatever you had just Googled a few moments earlier.

It has been a year since Facebook made the change but it could end up being too little too late.

B2B marketing has become notoriously difficult on the platform now.

Businesses that had spent years investing into growing their following and Facebook pages are now faced with an algorithm that intentionally disfavors their posts.

Facebook now controls whoever sees your posts, and usually that is just 20% of your followers.

If you want your posts seen by more people, you have to pay to boost your posts.

What was the point of businesses trying to grow an organic community on Facebook then? If only 20% of that community will see their posts anyway.

What are the prospects for #deletefacebook in 2019?

So will a #deletefacebook campaign go mainstream in 2019?

While it may be tempting to try to hop on the bandwagon and delete your facebook, this is often easier said than done.

There are several realities that people face when they contemplate leaving the platform.

Many apps simply require you to have a Facebook in order for you to use them.

For example, up until very recently Tinder required that its users have a Facebook profile in order to make sure that the people who used Tinder were real. The same goes for other popular apps like Spotify, Lyft and AirBnB.

While not all of them require a Facebook account, having one makes the signup process easier, and if you’ve already created accounts on these platforms through your Facebook, then deleting your Facebook means having to go through the process of creating new accounts for these third-party platforms again.

For many people this is simply not worth the effort.

You may not like to think about it, but deleting Facebook can also be quite a selfish move.

The reality is that many of your distant connections and relationships you’ve developed throughout your life have only one way of contacting you, and that is through Facebook.

And it deprives you of access to them as well.

This is likely what people find the hardest to do when going off the grid and leaving Facebook.

Many people are deleting Facebook as a statement against the company’s data gathering practices. The way the company monetizes your data and then mishandles it has created a lot of frustrated users. This is a theme repeated in the #deletefacebook posts on Twitter when people spell out their reasons for deleting their Facebook.

Unfortunately, deleting your profile does not mean that Facebook will delete the data they have on you.

This data will remain with the company and will still be available to advertisers.

As a result, deleting Facebook may do more harm to you than it does to the company.

You will deprive yourself of all your personal connections and relationships. But Facebook will get to keep all the data they have gathered on you over the years.

For these reasons, it is likely that people will not outright delete their Facebook profiles. Instead, if it happens, Facebook’s decline will likely follow the tragectory of Myspace.

Most people never actually deleted their Myspace accounts. Somewhere out there on the internet they might still exist. They just gradually stopped posting and logging in as Facebook took over as the main social media network.

Either way, 2019 will prove to be an interesting year for Facebook. We’ll see if the negative sentiment remains or if the company can turn things around.

Sick of wasting time with the Facebook Ads Manager? We built an alternative that is faster, sleaker, and more effective than Facebook's. Give it a try.