New Action Extensions by Bing aim to liven up their text ads.

Bing has released new action extensions on text ads with the goal of spicing them up for searchers and encourage more clicking.

In a post on Bing's official blog on Wednesday, the company said ads which included action extensions saw a 20% increase in CTR during beta testing.

Clicks on action extensions will be charged the same as clicks on the ad headline. They can also be used in combination with other extensions, such as sitelinks.

Advertisers have the option to associate the action extensions at the account, campaign or ad group level, but there is a limit of 20 associations per level. The lowest level takes precedence.

Advertisers can choose to include a URL or not, but if one is not provided, Bing uses the ad's URLs, or the URL at the keyword level, as the landing page when the call-to-action button is clicked.

Here is a picture of how Bing's Actions Extensions look when displayed on PC.

Here is how a regular Bing Ad looks on mobile without an action extension: 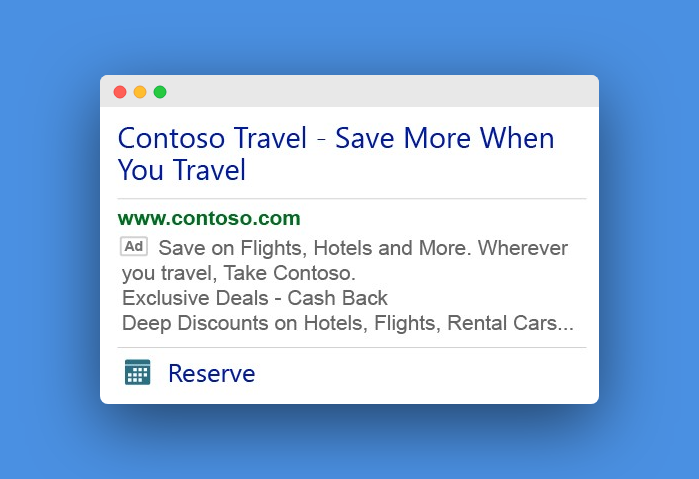 Bing Ads in Mobile WITH Extension

And here is how they look with an action extension: 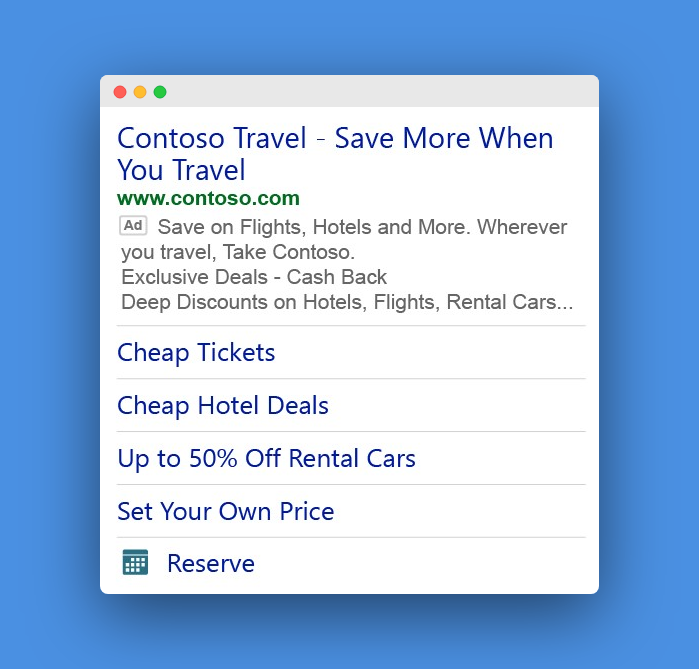 How can Bing's Action Extensions help you?

Call-to-Action heavy language in ads has been shown to boost conversions and is an overall PPC trend to look out for in 2019 as search ads begin to look more and more like display ads.

A similar extension has not been offered by Google so far, so this can be seen as an attempt by Bing to differentiate itself from its rival. It's too early to tell to what degree they affect CTR and clickability though.

You can play around with action extensions in Bing Ads Online using the bulk account management tool, the Bing Ads campaign management service API, or the bulk API.

Using Bing for your PPC campaigns? Check out our alternative to the Microsoft Advertising Editor for a faster, smoother and more effective campaign management experience.