A new hybrid carousel by Facebook combining News Feed and Stories could be a game changer for advertisers.

On several occasions over the past year the company has suggested it would merge its News Feed with Stories as user behavior switches in favor of the more dynamic Stories content format.

This month Facebook was spotted testing a hybrid carousel which would allow news feed posts and ads to appear in stories along side each other.

The prototype is important because, if implemented, it would represent a massive change to Facebook's overall setup.

Facebook has updated its interface countless times in the past decade, but the News Feed was always a central pillar that remained untouched.

Migrating the News Feed to the new Stories format would be the biggest change Facebook would make toward how it displays content, especially if they decide to scrap the News Feed altogether and only show Stories.

Why create a hybrid carousel?

There are two main reasons why Facebook would want to create a hybrid carousel and merge the News Feed with Stories.

First, the News Feed is oversaturated with ads, with little real estate left to show more without alienating users. This also alienates marketers, who are unhappy with increased CPC and CPI.

Second, regardless of ads, users are using the News Feed less, a trend that largely coincides with the rise of the mobile phone.

The News Feed is a comfortable format for text-heavy posts that can be read on a wide screen, typical of desktop.

However, it represents a problem on the mobile phone. Users are forced to constantly scroll down to view more posts, and a lot of content inevitably gets skipped in the process.

Contrast this with a simple tap that Stories offers which ensures that a viewer always sees a post.

As a result, Stories users are typically more engaged than their News Feed counterparts. And this is a big motive for Facebook to get ads on the News Feed in front of the eyeballs of Stories users.

The rise of stories

If you look at the numbers of Stories users it is no wonder Facebook is considering abandoning the News Feed.

Combining Facebook and Messenger together produces 300 million daily users of Stories on those two platforms. Add to that 500 million Stories users on Instagram and a further 450 million on WhatsApp.

This Stories format is the future of how content will be viewed on mobile, and with over 75% of Facebook users using their mobile phones when they log into Facebook, the company is eager to get more ads from the News Feed in front of these users.

As TechCrunch aptly puts it:

"Stories is a bustling up-and-coming neighborhood. News Feed is a steadily declining industrial city that’s where Facebook’s money is earned but that’s on its way to becoming a ghost town. A hybrid Stories/posts carousel would build a super highway between them, connecting where Facebook users want to spend time with where the municipality generates the taxes necessary to keep the lights on."

Here is what a swipeable hybrid carousel would look like, mid-swipe. 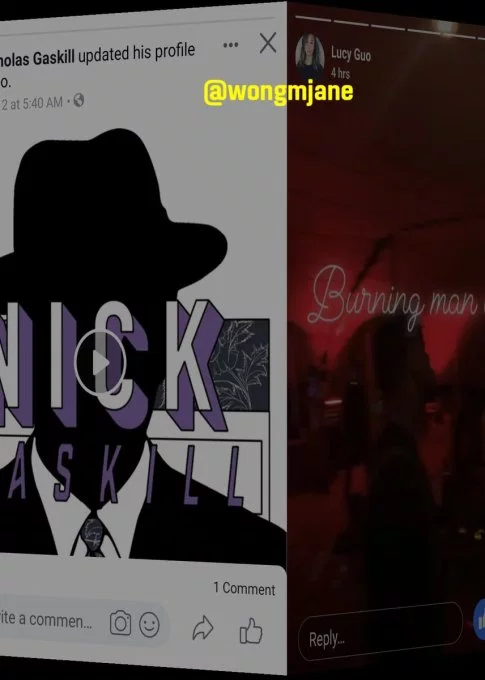 The first Story is a News Feed post, while the second is in the traditional Stories format.

As you can see, this would allow users to view traditional newsfeed posts in the new Stories format. And Facebook would be able to not only show organic News Feed posts, but also ads from the News Feed in Stories.

The decline of the News Feed

Facebook has made several attempts in the past to integrate the News Feed with Stories, but it always involved reformatting News Feed posts to make them look more like the Story format. This new hybrid carousel suggests that the company would keep the old design of News Feed within Stories.

But why are users abandoning the news feed in favor of stories?

The reason is the switch to mobile.

The News Feed is a comfortable format for text heavy posts and wide screens that are typical for a desktop.

But with over 75% of Facebook viewing occurring on mobile, the News Feed is an outdated format.

"Vertically scrolling News Feeds are useful for browsing text-heavy content but the navigation requires more work. Users have to stop and start scrolling precisely to get a whole post in view, and it takes longer to move between pieces of content," Tech Crunch writes.

Secondly, the News Feed is oversaturated with ads. There is little ad retail estate left for new ads. And users are moving their viewing time to the Stories medium.

There are risks with creating a hybrid carousel format that would integrate the News Feed format into Stories.

For one, users might react negatively to being force-fed News Feed posts in Stories.

After all, seasoned Facebook users are familiar with the News Feed format. Many are turning toward Stories specifically to avoid that format.

Bringing in News Feed posts into Stories without reformatting them may feel like the News Feed is invading Stories.

It's also unclear if ads from the News Feed that are shown in the Stories format will be as effective as ads shown in the regular News Feed.

The key takeaway for marketers that rely on Facebook is to slowly start familiarizing oneself with ads in Stories.

A hybrid carousel suggests that Facebook is going to force ads onto the Stories format some time in the future. The more marketers get used to running ads on Stories the better prepared they will be for when the switch inveitably comes.

Spending too much time on your Facebook Ads? Try our alternative to the Facebook Ads Manager for a smoother, faster and more effective experience.