Wouldn't it be neat to view all of the ads that your competitors run on Facebook?

The new library contains a searchable database of all active ads any Facebook page is running.

While primarily aimed at creating more transparency for political ads, the tool is extremely useful for advertisers and businesses that run campaigns on Facebook and want to analyze how they stack against the competition.

Facebook launched an initial version of the library in May 2018, but it was criticized at the time for only containing ads related to politics.

Facebook's new library now lets users search for any ad that a Facebook page is actively running, political or not. It also includes an archive of past political ads that are no longer active.

Facebook chose not to make past ads of all Facebook pages available, only those related to politics. So for the time being, you are unable to search for past ads your competitors may have run on their Facebook pages.

How to view competitor ads in the Facebook Ad Library

To view the Facebook ads of your business rivals, all you need to do is type in the name of their Facebook page into the library.

Users have noted that the search bar is not functioning properly all the time. In case your business does not show up, you can search using the Facebook Page ID of your competitor.

To find a page ID, go to the page in question whose ads you want to see, right click on the profile picture, and copy the link address. 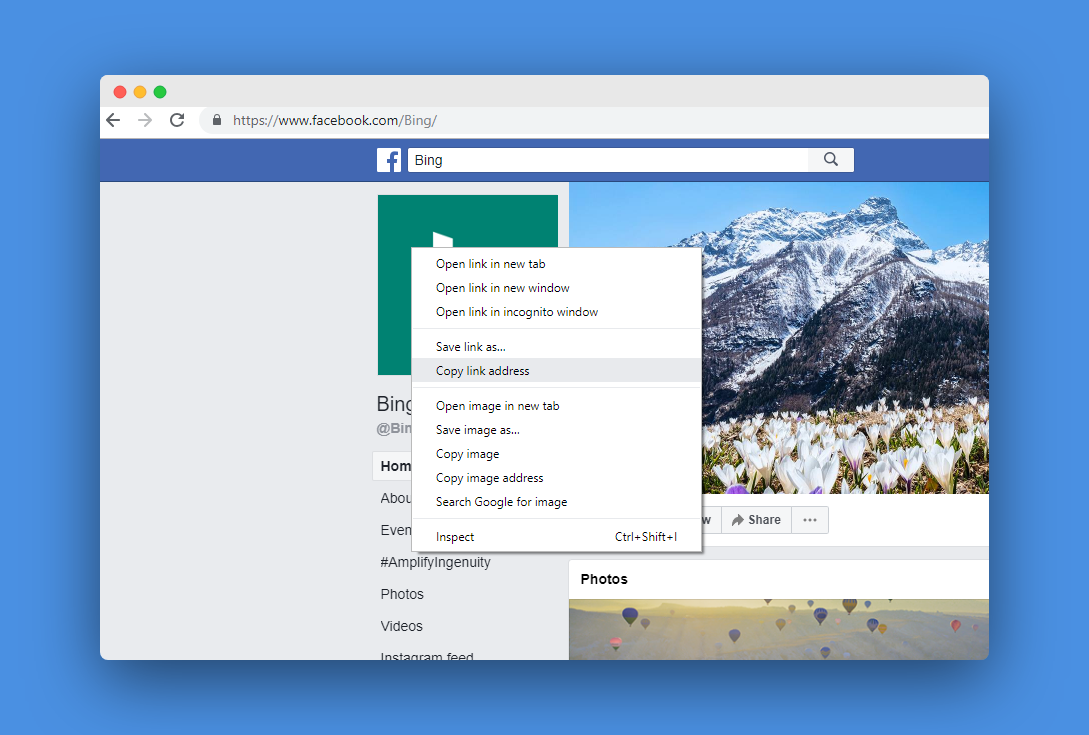 Grab the link and paste it in your browser. The first long number will be the page ID, as shown below:

Then paste that Page ID number into the Facebook Ad Library and see all the currently active Facebook Ads a business is running.

For instance, here are the active ads that Bing Ads is currently running on Facebook according to the library. 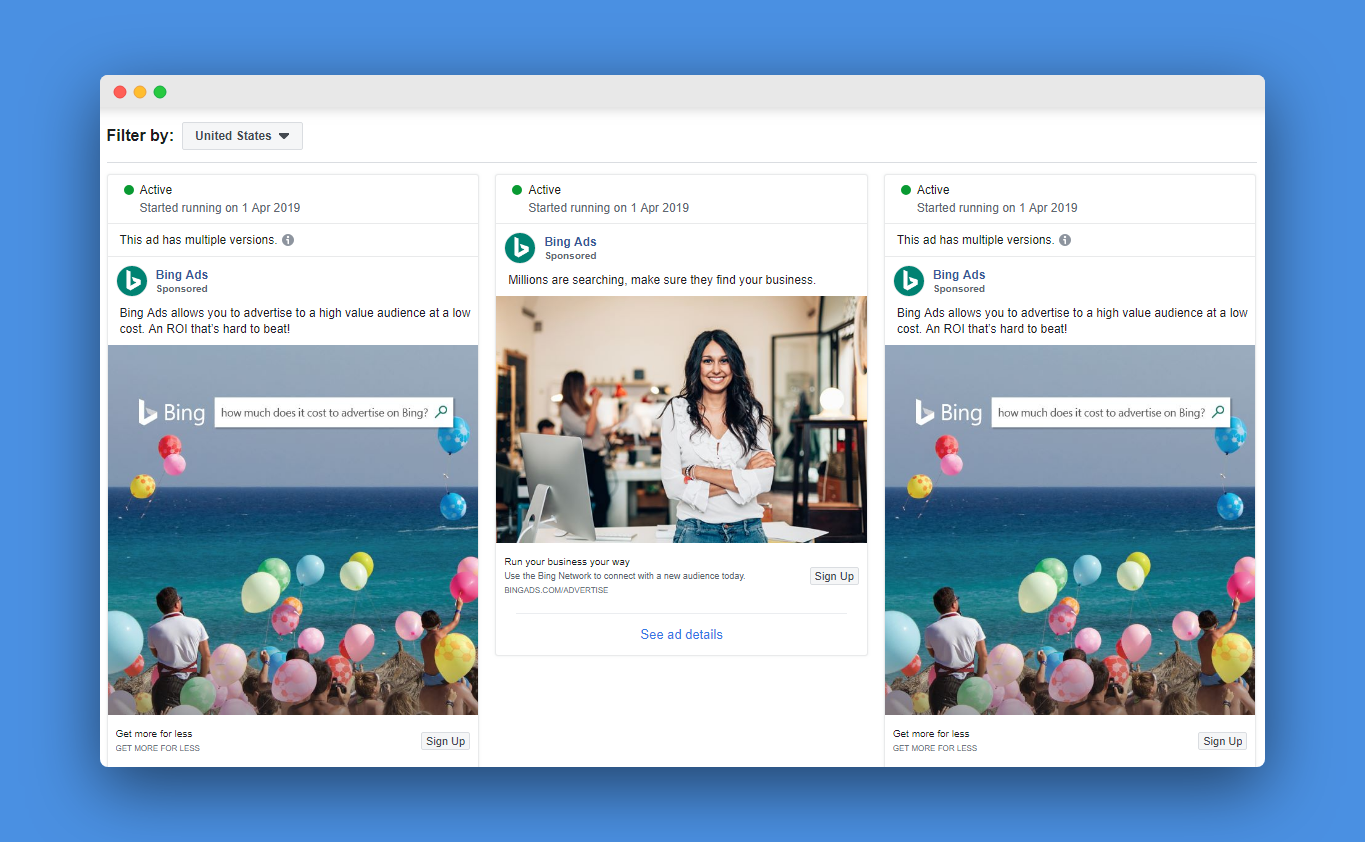 The Facebook Ad Library will also give information about when a page was created, how many times a page has changed its name, and the primary country location for people who manage the page. 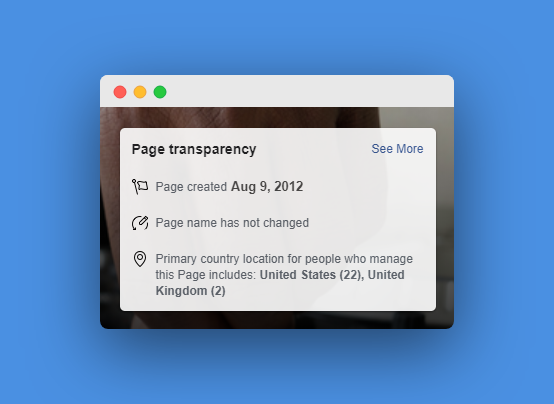 And there you have it. All of the currently active Facebook ads of your competitors, all in one place.

Facebook had a rough 2018 and Mark Zuckerberg has spent much of the past year attempting to fix Facebook's image.

In a lengthy post on his Facebook Page last month, Zuckerberg outlined his vision for the company moving forward of one where privacy was respected and ads were more transparent.

"I believe the future of communication will increasingly shift to private, encrypted services where people can be confident what they say to each other stays secure and their messages and content won’t stick around forever. This is the future I hope we will help bring about," Zuckerberg wrote.

The Facebook Ad Library is just one move of many the company is now taking to clean up the company.

It follows a new brand safety certification that Facebook launched in the Facebook Marketing Partners program to give advertisers more control over who sees their ads.

Facebook has also updated its ad metrics in response to advertiser complaints. The company is splitting up its relevance score into three seperate metrics: quality ranking, engagement rate ranking and conversion rate ranking.

And the company also recently changed how it calculated potential reach. As Facebook put it:

"Potential reach was previously calculated based on the number of total monthly active users on Facebook. Advertisers have asked for an estimate that more closely aligns with the results that they see in their campaign performance. Now we're only including people in potential reach who were shown an ad on Facebook in the last 30 days."

While Facebook still forms one of the pillars of the digital duopoly alongside Google, the company's share of digital advertising dollars is falling.

The biggest threat has come from the rise of Amazon Ads, with Amazon's digital ad business soaring 95% in 2018.

Facebook and Google still make up the lion's share of US online advertising at 58%. But a study by Nanigens revealed that 14% of digital ad budgets among retail marketers in 2019 were being allocated toward Amazon Ads, not far behind Facebook which stood at 19%. Google was at 21%.

Advertisers are also looking to diversify their portfolios and spend more ad money on smaller platforms like Reddit, which will cross $100 million in ad revenue in 2019.

These two factors taken together provide the background for why Facebook created the Ad Library. It's an attempt to clean up its platform and make it more smooth to operate.

Some users have reported problems using the ad library. Users on ProductHunt pointed out that not all of the ads their business was currently running were showing up in the search results.

Others commented getting banned from searching for ads after conducting a few searches, although the problem disappears when searching incognito.

And as already observed, advertisers are still unable to search for past ads of their competitors, only active ones.

How else to use Facebook's Ad Library?

Despite these drawbacks, the library is a brand new convenient way to spy on your competitors and see what they are doing with their advertising.

It can also be used as a source of inspiration for digital marketers to collect examples of quality brand ads in their industry.

Technically, users have had the ability view ads that Facebook pages are running for several months. But the old system required you to go to the actual business page itself and click on 'ads and more info.'

Facebook's new library brings all of these ads in one place, and that is what makes it such a powerful tool.

The one limitation is that you cannot search for past ads that Facebook Pages have run, but this could change in the future.

We recommend you play around with Facebook's Ad Library here. You may be surprised at what you find.

Update: We forgot to mention one other feature. Facebook's ad library shows you not only what ads your competitors are running, but also how long they have been running. You can generally assume that the longer an ad has been running, the more successful it is. If a competitor is running ten ads, eight of which are from last month and two of which have been running since the start of the year, focus on what they are doing for the two latter ads, since these are most likely the ads that are performing the best.

Spending too much time on your Facebook Ads? Try our alternative to the Facebook Ads Manager for a smoother, faster and more effective experience.